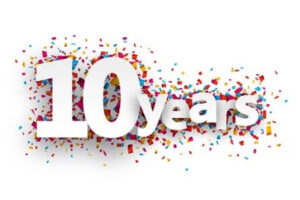 The story below is about a dad and his son but it could just as easily be told by one of the moms who have attended a training class with Staying Alive. THIS is why we do what we do!

Staying Alive grew initially from Deanna Young’s need to help her youngest child who had multiple immune issues that made breathing a daily struggle for him. Frequent runs to ER and visits to the doctor convinced Deanna she had to be prepared to help him herself. So she looked into how to educate herself and found a major lack of available training.

In addition, a neighbor/adopted family member, Michael Cordes, had two massive heart attacks. Deanna was there for both and helped save his life. Michael loaned her money to start up the company and, just as importantly, supported her idea. Michael died 1.5 years later. Deanna believes the company is part of his legacy.

Deanna worked for another company for almost 4 years. In May, 2012, she went out on her own as Staying Alive LLC.

Over 2500 students have gone through classes with Deanna and Staying Alive!

Thank you to all students for their support, encouragement and sharing with friends. “I am blessed to be doing something I love and training guardian angels one class at a time!”

“Last November while on vacation, my 5-year-old son stopped breathing for reasons unknown at that time. The fact was that he was unconscious and not breathing. His lips turned blue, and his eyes were wide open. He had his teeth clenched. Without delay, I gave him CPR on the floor… Then I saw him coming back with a gasp. His lips started to turn back to normal color. He came back conscious and by the time paramedics arrived, he was breathing on his own, just looking sleepy… It’s been three months and he has been having a normal life. He’s going to school and playing football. I’m sharing because I feel fortunate and grateful to have received training from you multiple times. Even when I didn’t follow the drills by the book, somehow I knew what to do and I reacted positively and timely and used all the tips received during training.”

This site uses Akismet to reduce spam. Learn how your comment data is processed.